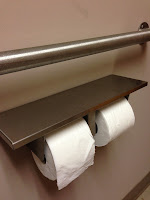 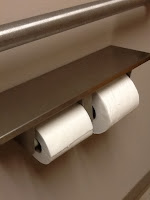 The first high school building in West Bloomfield Township
Imagine for a moment that you are a member of the 1955 Senior Class of the West Bloomfield High School. You have just spent 12 ½ years of your student life in Keego Harbor’s Roosevelt School. The graduating classes before you graduated from the gymnasium of the small community school in downtown Keego Harbor. In the spring of 1955 you are told you will be graduating from a new West Bloomfield High School located at Commerce and Orchard Lake roads. Your class protests and demands the ceremony to be held in the gymnasium of Roosevelt School and not in the new building. The school district prevails. Your class of 1955, having spent their school life known as the Keego Kids or the Kids from Roosevelt, becomes the first to graduate from the new West Bloomfield High School—after spending only five months in the building.

Roosevelt School in Keego Harbor was built in 1920 to serve elementary students in the Lakes Area. From 1928 – 1954 the school also served as a high school. The 1950 West Bloomfield school board was faced with a dilemma foreign to school boards today—not enough classrooms. Serving K-12 students, the overcrowded Roosevelt School could not possibly qualify for accreditation by the North Central Association of Colleges and Secondary Schools. An Interlake News article cited, “Adequate shops, gymnasium, teachers with proper training, homemaking courses, and an at least half time trained librarian” as musts for this important recognition. A project to build a new high school commenced. A $900,000 bond issue passed 482 to 425 by 1952 voters. A site at Orchard Lake Road and Commerce Road was chosen when city planner David C. Geer determined it was within walking distance of more than 50% of district students. Three Detroit firms were awarded contracts for the architectural, electrical, and mechanical trade work. Ground was broken in December of 1953 and the West Bloomfield High School was finished and ready for occupancy by the end of 1954. On a Monday morning in January of 1955, most of the district’s eighth-graders and all the 9-12 grade students started class in the new building.

Since the 1971 opening of the current West Bloomfield High School building further south, the school located at Orchard Lake Road and Commerce Road became a middle school. No longer serving as a high school, the building was renamed after Warren W. Abbott who served as the Roosevelt Superintendent for many years.
While compiling information in 2005 for the Roosevelt School Wall of Remembrance, it was decided to collect, repair and mount all the graduating class photos. During the time that Roosevelt served as a high school, graduating classes were small enough that individual student portraits could be gathered on a large framed picture. All but five of the framed graduating classes were found and debuted at the 2005 Michigan Week Community Awards Breakfast hosted by Roosevelt School. Several members of the 1955 graduating class attended the breakfast and asked, “Where is ours?”

The missing class photo of 1955

To this day, many of the 1955 class consider themselves graduates of Roosevelt School. They are not included in invitations for annual Roosevelt reunions. Academic and sporting records for Roosevelt High School end with 1954. In an ironic twist of fate, the 1955 graduating photo montage was last seen, with many of its counterparts, prominently displayed in the Bloomfield Charley’s restaurant on Maple Road a few days before the building was destroyed by fire. Although the other class photos survived the fire and hang in the Roosevelt Wall of Remembrance, the 1955 picture has not been found. Three of the other missing class pictures have surfaced since the 2005 Michigan Week Breakfast; the 1955 class picture still remains lost.
About the GWBHS
The Greater West Bloomfield Historical Society (GWBHS) is a non-profit, tax-exempt organization. It serves the Michigan communities of Keego Harbor, Orchard Lake, Sylvan Lake and West Bloomfield. The Society's goal is to provide a vital museum to familiarize residents with our area's history. For more information, please visit www.gwbhs.com
Posted by Buzz Brown at 1:28 PM No comments:

Smartphone apps - a thing of the past?

I have to admit, when I first started using my Apple iPhone I was caught by the “app craze” myself. Trying different apps on my phone became a social experience. It was not uncommon to see people passing their phones around at a restaurant to show off some new app. Coincidentally I was in the process of releasing my first custom-built application (www.munetrix.com) utilizing an “in the cloud” platform. It occurred to me, “why, when the rest of the software world is moving away from client-side installed software would the emerging Smartphone market embrace this fading methodology?”

To paraphrase the Buddhist maxim, When the student is ready the teacher appears—such was the case this time as well. A timely call from a Swedish colleague directed my attention to the first “in the cloud” content managements system (CMS) I had seen for Smartphones (www.Fourstream.com). Now I could develop a single web-based application, hosted on a content management server, and deliver that site to virtually any web-browsing Smartphone in the world. No longer did the user need to download and install a client-side app. No more browsing app exchanges. No more commissioning the development of client-side apps. Most importantly, no longer did the need exist to develop multiple versions of the same app just to meet the seemingly daily introduction of new Smartphone platforms. The CMS backend handled the integration of phone platforms for me.

Consider this quote from Google’s Eric Schmidt, “Mobile phones are cheaper then PCs, there are 3 times as many, growth is twice as high, more and more people have access.” The potential was mind boggling to me—so mind boggling that I signed up with Fourstream and am looking forward to pushing the limits of this cloud platform as I did with the less-mobile versions of web development solutions.
Posted by Buzz Brown at 2:34 AM 2 comments: