An Eagle, a Turkey, and an Anthem 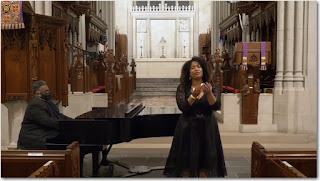 I’m sure you’ve heard the popular idiom, “Don’t judge a book by its cover.” The same can be said for many things, including but not limited to national emblems, song titles and even birds. Names matter.

My wife and I recently had the privilege of listening to soprano Nicole Joseph, Assistant Music Director at The Kirk in the Hills, accompanied by pianist Alvin Waddles. The two performed a collection of music celebrating black composers for Black History Month.

Nicole introduced the final hymn, Lift Every Voice and Sing, as the Black National Anthem as it is commonly referred. She quickly added that it should be known as a hymn for all. The comment moved me to consider how names alone can lead us to snap judgements. For example, until 1949 our Department of Defense was called the Department of War. Think of the varying connotations between Global Warming versus Climate Change. Consider the implications behind each of the terms, Black Lives Matter and Blue Lives Matter. On the lighter side how would you answer if asked, “Compare and contrast the eagle and the turkey.”

Our founding father Ben Franklin did just that. In a private letter to his daughter Sarah dated 1784, “The Founding Father argued that the eagle was ‘a bird of bad moral character’ that ‘does not get his living honestly’ because it steals food from the fishing hawk and is ‘too lazy to fish for himself’. In contrast, Franklin called the turkey ‘a much more respectable bird’ and ‘a true original native of America.’ While he considered the eagle ‘a rank coward,’ Franklin believed the turkey to be ‘a bird of courage’ that ‘would not hesitate to attack a grenadier of the British Guards who should presume to invade his farm yard with a red coat on’.

That brings us to anthems. The United States did not have an official National Anthem until 1931. Prior to that, some considered the song Chester as the de facto anthem during the American Revolution.

How many of you have you stopped to study the lyrics or origin of the melody to our Star Spangled Banner? The melody, To Anacreon in Heaven, was written 40-some years earlier. 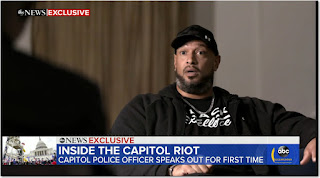 The lyrics were written as a poem referring to a single night in 1814 during the War of 1812. You may recall this is the same war during which our capitol was invaded by a foreign army. This was something that never happened again until our Capitol Building was overrun by insurrectionists trying to stop the certification of our presidential election. Ironically, Capitol Police Officer Harry Dunn commented that some of the invaders were carrying Blue Lives Matter flags while brutally beating police officers. Hmm? Is that representative of Franklin’s eagle or turkey?


The author, Francis Scott Key, was a slaveowner and managed to include in the seldom sung 3rd-verse, “No refuge could save the hireling and slave; From the terror of flight and the gloom of the grave”.  Together, the poem and the melody were a popular drinking song at the time in public houses (beer joints to use the vernacular).

As I study the uplifting and all-inclusive lyrics for Lift Every Voice and Sing I have to ask, Why is it called the black national anthem? To me, there is nothing in the lyrics that is unique to any specific group of people. Apparently, the hymn was written in 1900 for the anniversary of Abraham Lincoln’s birthday in 1905. According to Wikipedia, “The song is a prayer of thanksgiving for faithfulness and freedom, with imagery evoking the biblical Exodus from slavery to the freedom of the ‘promised land.’ It is featured in 39 different Christian hymnals, and is sung in churches across North America.” It was the NAACP that dubbed it "the Negro national anthem” in 1919.

Anne Robertson, in her series of studying the Bible, "learned that the ancient Near East had a very different notion of what it meant to 'exist.' For them, three criteria had to be met before anything could be said to 'exist': It must be separated out as a distinct entity; It must be given a function; It must be given a name." She points out that in Genesis, "Adam gets to participate in the creation process. God does the differentiation, God forms every animal and bird. But if you remember, that’s only part of the creation process. They don’t have a name. How do they get their names? God brings them all to Adam and lets him give them names. This is God allowing human beings to help in the creation of the world."

Nicole Joseph is correct; Lift Every Voice and Sing is a hymn for all. I wonder, if it was known as a hymn for all rather than the Black National Anthem, would it be viewed as the beautiful hymn and inspiring message that it is rather than a knee-jerk reaction and taken, by some, as a magnet for negative attacks that it has become. As humans, we get to name things. Names matter; but can be deceiving on their surface.

Lift Every Voice and Sing
poem by James Weldon Johnson
set to music by his brother, J. Rosamond Johnson

Lift every voice and sing,
Till earth and heaven ring,
Ring with the harmonies of Liberty;
Let our rejoicing rise
High as the listening skies,
Let it resound loud as the rolling sea.
Sing a song full of the faith that the dark past has taught us,
Sing a song full of the hope that the present has brought us;
Facing the rising sun of our new day begun,
Let us march on till victory is won.

Stony the road we trod,
Bitter the chastening rod,
Felt in the days when hope unborn had died;
Yet with a steady beat
Have not our weary feet.
Come to the place for which our fathers sighed?
We have come over a way that with tears has been watered,
We have come, treading our path through the blood of the slaughtered,
Out from the gloomy past,
'Till now we stand at last
Where the white gleam of our bright star is cast.

God of our weary years,
God of our silent tears,
Thou who has brought us thus far on the way;
Thou who has by Thy might
Led us into the light
Keep us forever in the path, we pray.
Lest our feet stray from the places, our God, where we met Thee,
Lest our hearts drunk with the wine of the world, we forget Thee;
Shadowed beneath Thy hand
May we forever stand
True to our God
True to our native land.