Using geocaching and technology to find interesting places wherever you go 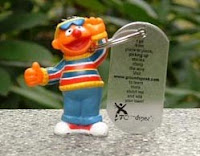 Joining the international pastime of geocaching has changed the way I view my surroundings and helped me find things I normally would never have discovered.

The common joke is to describe geocaching as a hobby that uses billion-dollar satellites to find worthless pieces of junk. Actually, practitioners hide small containers and then post the longitude and latitude coordinates of the containers on the www.geocaching.com website for others to find. The real treat is that the locations tend to be very special. The creators of each cache hide their containers in places that are historically significant or offer a particularly special view of nature, or take special pride in crafting a devious camouflage to trick the hunters.

An article on Wikipedia states that, “Geocaching is similar to the 150-year-old game letterboxing, which uses clues and references to landmarks embedded in stories.” Geocaching was imagined shortly after the removal of Selective Availability from GPS on May 1, 2000. The improved accuracy of the system allowed a small container to be specifically placed and located. The first documented placement of a GPS-located cache took place on May 3, 2000, by Dave Ulmer of Beavercreek, Oregon. The location was posted on the Usenet newsgroup sci.geo.satellite-nav. By May 6, 2000, it had been found twice and logged once. According to Dave Ulmer’s message, the original stash was a black plastic bucket buried most of the way in the ground and contained software, videos, books, food, money and a slingshot. Today there are nearly 900,000 active geocaches registered worldwide on the geocaching.com website.

Even the locals don’t know about them

When travelling I have amazed local friends by finding locations they did not know existed in their hometown. The cache titled “Noise out of Place” in the center of Colonial Williamsburg, Virginia, is a good example. If I told you more it would give away the cache. (This type of information is known as a “spoiler.”) While caching with a colleague from a small town north of Gothenburg, Sweden, we found a cache, “Rooster on the Run,” hidden in a World War II concrete bunker that my friend did not know existed in a park across the street from his subdivision.

One of my favorite parts of geocaching is the Travel Bug. A Travel Bug is a numbered dog tag with an attached object that moves from place to place, picking up stories along the way. Travel Bugs typically have a goal, like reaching Egypt, and the attached object gives the Bug a personality, like a Captain America action figure. For example, “Exploring Ernie” was launched by an Arkansas car dealer in June of 2003. I found Ernie last summer in a cache in Sarnia, Ontario and moved it along to Sweden. To date Ernie has travelled 45,000 kilometers and is in a cache in Australia.

Geocaching works two ways – it helps me find things but it can also bring people to us at the Orchard Lake Museum. The Greater West Bloomfield Historical Society (GWBHS) has launched a program to hide geocaches in historically significant locations in the boundaries of the original West Bloomfield Township.

Our first cache is hidden near the puddingstone located next to the museum. The cache is named “Glacial Desserts” on geocaching.com and has the code name GC1TMN7. In mid-August the cache was six weeks old and has had more than 16 visitors from Michigan, Utah, Wisconsin and North Carolina. The cache contains a Travel Bug from Maine. The cache is an example of an outreach program to attract visitors even when the museum is closed. The cache contains an explanation of puddingstones and the story of our stone.

The introduction of location-aware mobile devices like the Apple iPhone have dramatically altered how I geocache. No longer do I need to plan my geocaching activities in advance. I can spontaneously launch my iPhone’s geocaching app wherever I am and get a list of caches and their distance from my current location. For example I recently visited the Michigan Transit Museum in Mount Clemens. Upon leaving the museum I looked at my iPhone and found I was literally standing next to a geocache in the museum’s parking lot. The cache was titled “Edison’s Nano” and explained the history of Thomas Edison and his association to the local museum.

After 2 ½ years of geocaching I have found 98 caches in three countries and nine states. I have moved along 12 Travel Bugs and had my picture taken at two webcam caches.